ABSTRACT:
This study aimed to compare the power produced by the flutter-kick action at different swimming velocities. Eighteen high-level male swimmers completed a maximal 15-m flutter-kicking sprint and underwent two tests (one passive and one with maximal flutter-kicking) in which they were towed at six velocities ranging from 1.0 to 2.0 m/s. Power values were computed for each velocity, and selected kinematic indices were evaluated at 1.2 and 2.0 m/s. The highest power (54 ± 8 W) was observed at the velocity at which the drag equaled the propulsive force (1.27 ± 0.08 m/s), which was similar to that recorded in the flutter-kicking sprint (1.26 ± 0.09 m/s). Thereafter, power decreased significantly with increasing velocity, up to 17 ± 10 W (at 2.0 m/s). The angle between the horizontal and the line connecting the highest and lowest points of the malleolus trajectory was significantly wider at 1.2 m/s than at 2.0 m/s (75 ± 4° vs. 63 ± 6°). This could explain the change of power with velocity because all the other kinematic indices considered were similar at the two velocities. These results suggest that the propulsive role of the flutter-kick increases as the swimming velocity decreases. 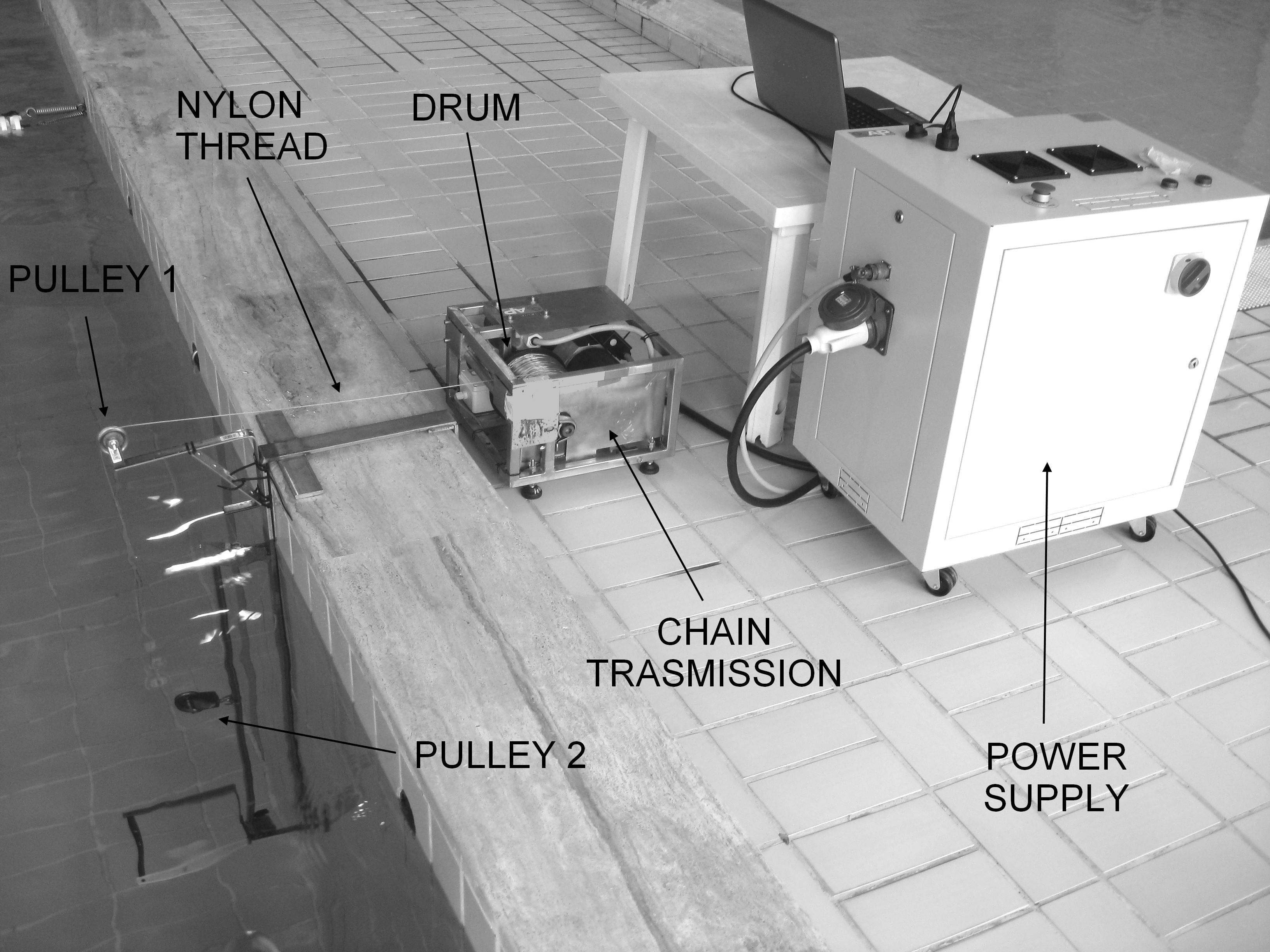