We firmly believe e-kayak is the most advanced data logger for kayak available on the market.

A recent series of tests we carried out in Rome on a K2 crew shows the capabilities of the system.

From a longer training session, we selected and exported the part of interest, in this case a 200 m sprint. The selection is done with a single click.

This function is particularly useful, as it lets the user concentrate on the parts that matter, without carrying around large files. 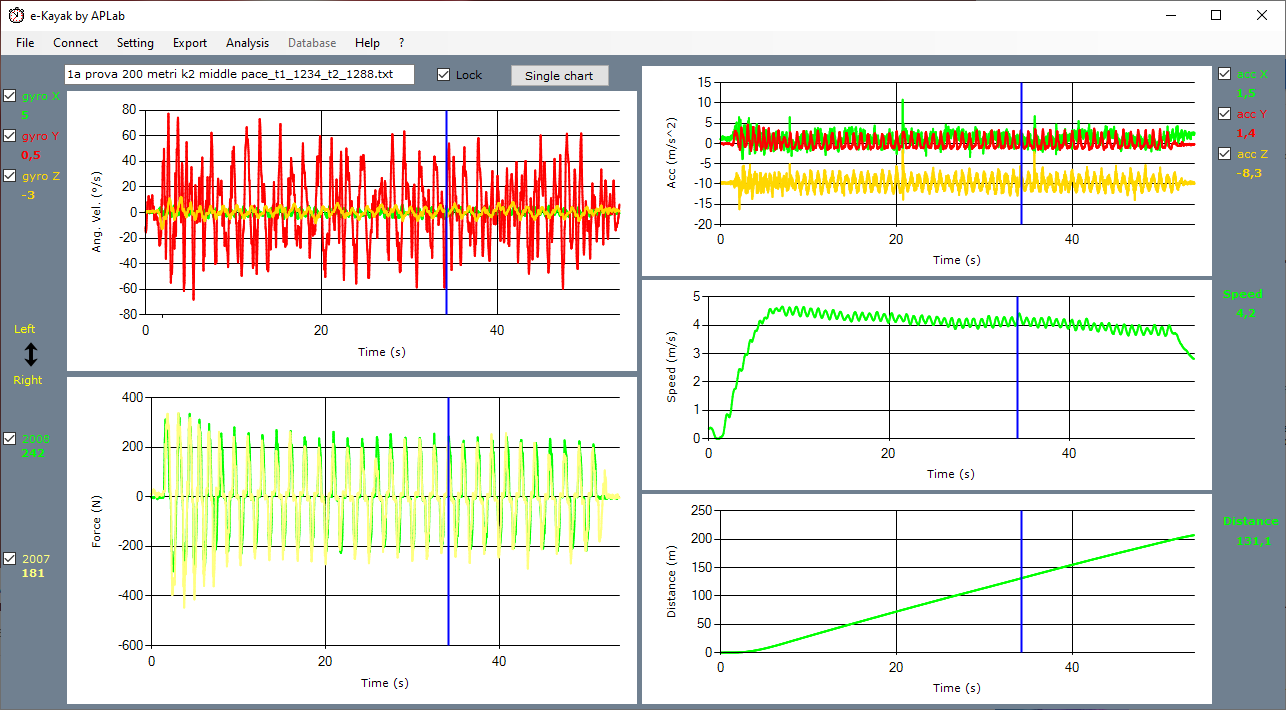 The curves, which are synchronously acquired and therefore refer to a single timescale, can be visualised on the same chart, again with a single click. 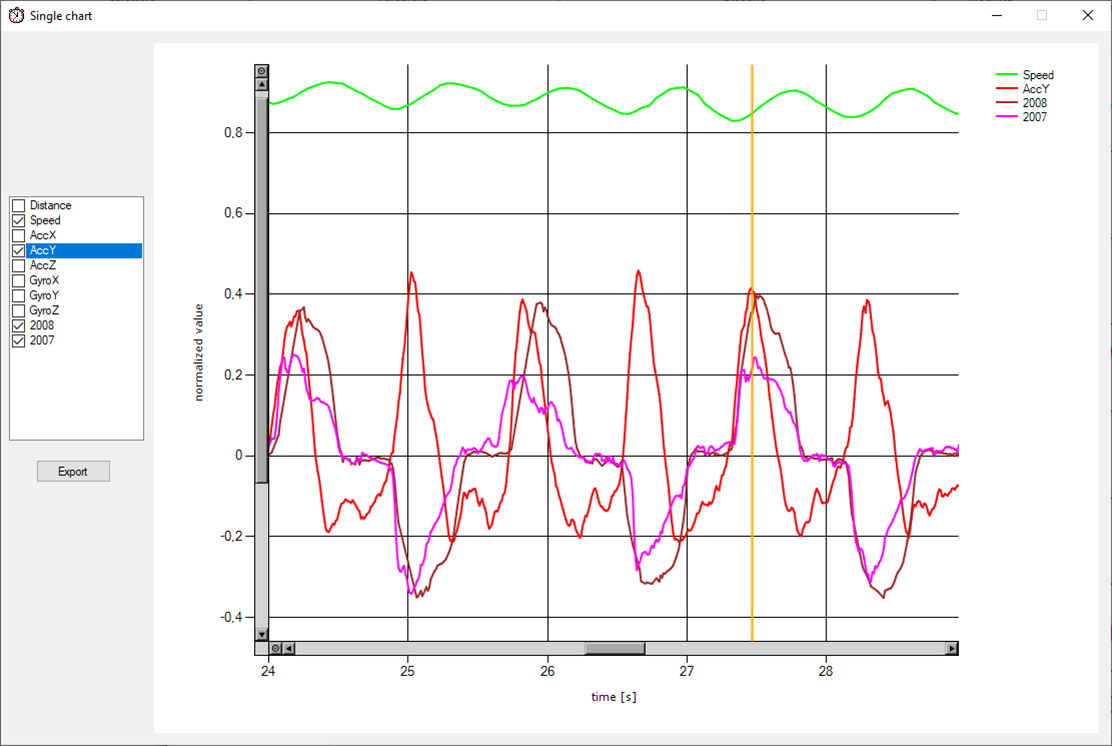 This way, the interaction between all the acquired physical quantities can be inspected: for instance, how the lack of synchronisation between the two athletes creates a ripple in the acceleration of the boat. But these niceties are better left to researchers. What a coach needs, at the end of a test or a competition, is a quick and reliable report about the situation. This is where the analysis form kicks in. 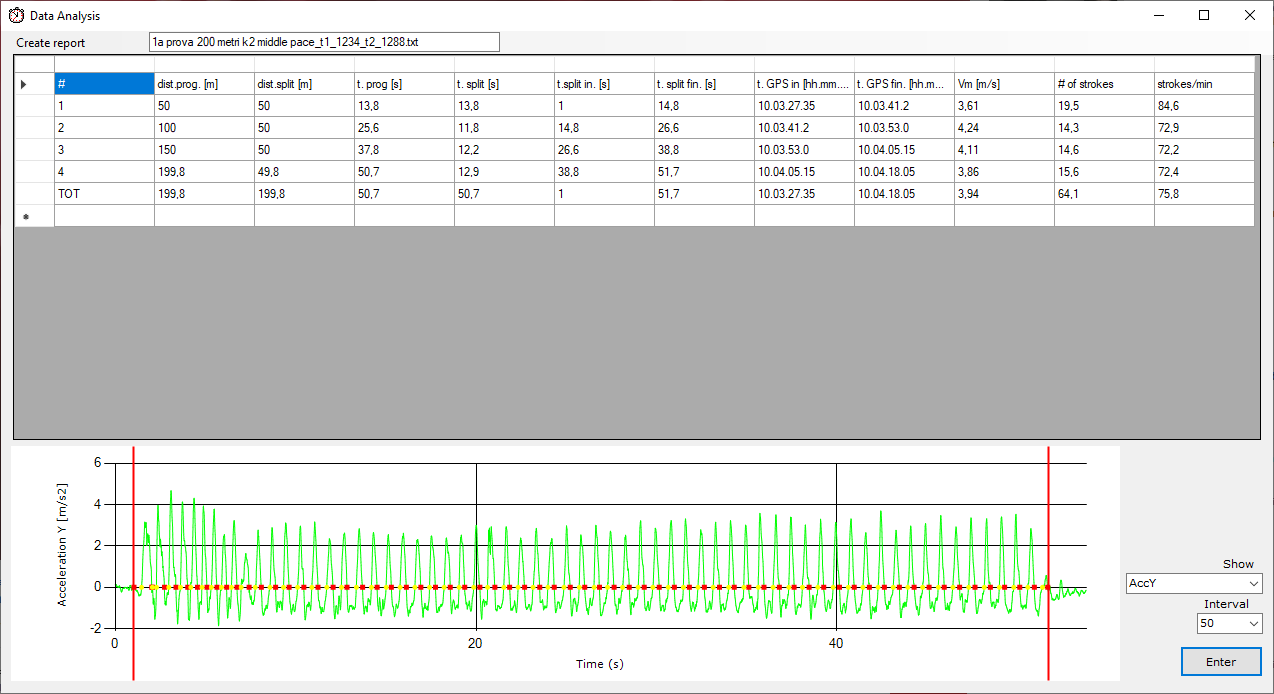 Data analysis of the 200 m sprint

With this form, the user selects a portion of the curve and a preferred subdivision (for instance 50 m segments) and gets all the information he/she needs: time, speed, stroke frequency, number of strokes etc. All these data can be exported to a report for future reference. 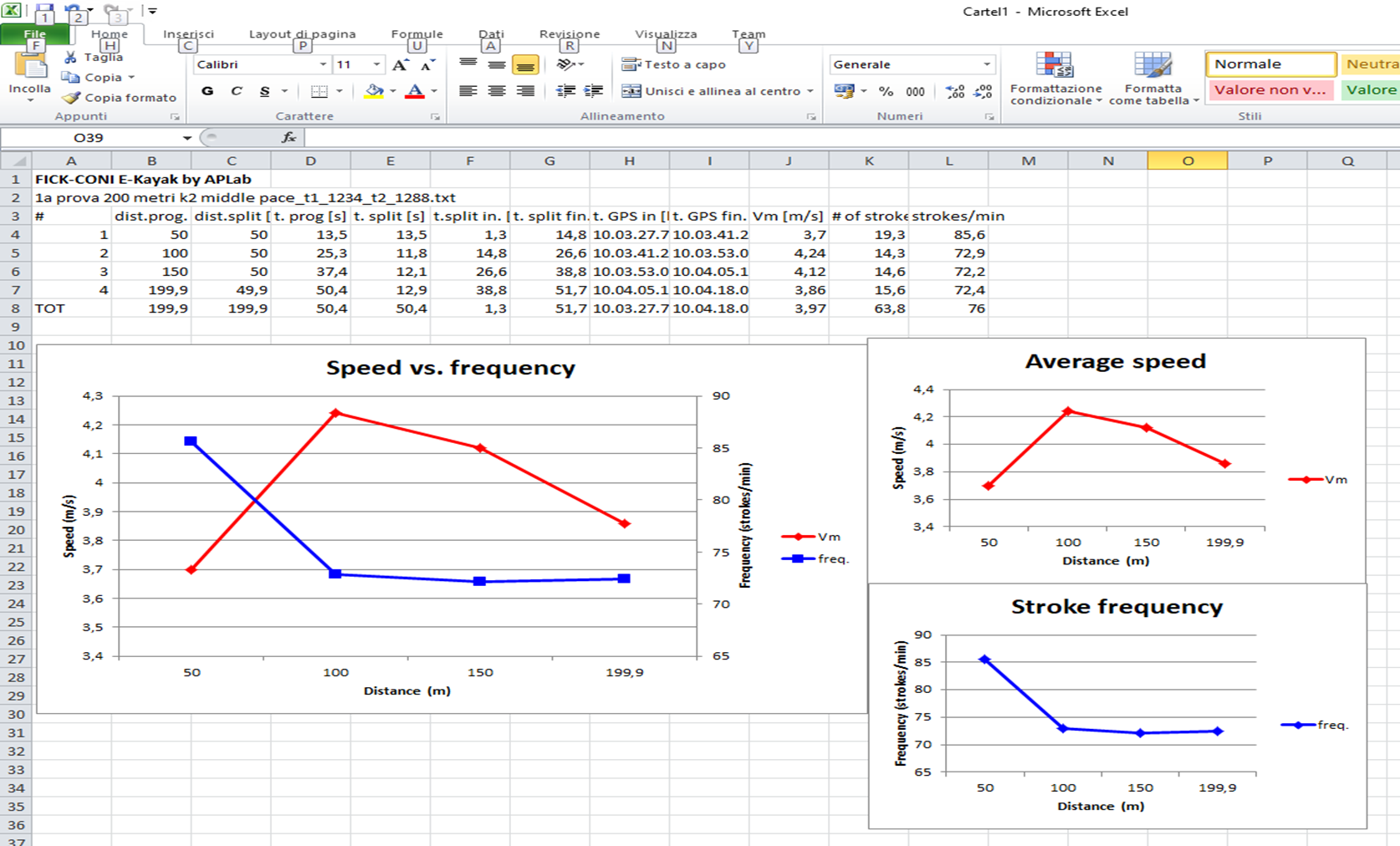 Excel report of the 200 m test

A special tool also gives an assessment of the efficiency of the crew, measuring the correlation (two identical curves = 1, two independent curves = 0) and time offset of the 2 force curves.

Efficiency of the K2 crew

Finally, data were exported to .csv format, and imported to BioMovie, our powerful video analysis tool, to compare data and video. 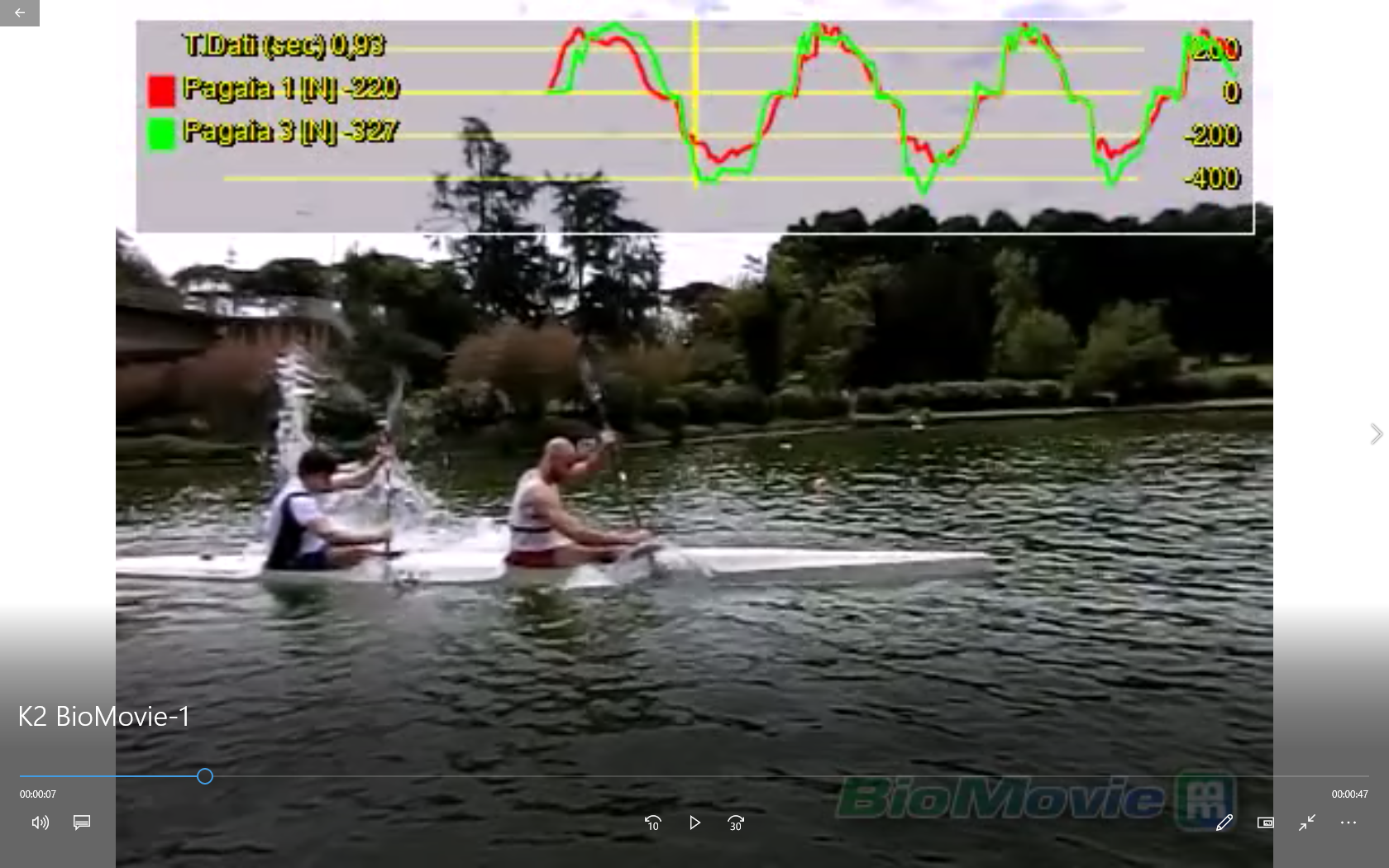 We honestly don't believe it is possible to carry out such a thorough analysis of kayak data on any other commercially available system.

So, to borrow from Jim Morrison, the time to hesitate is through.

It's time to bring your kayak performance to the next level with e-kayak.